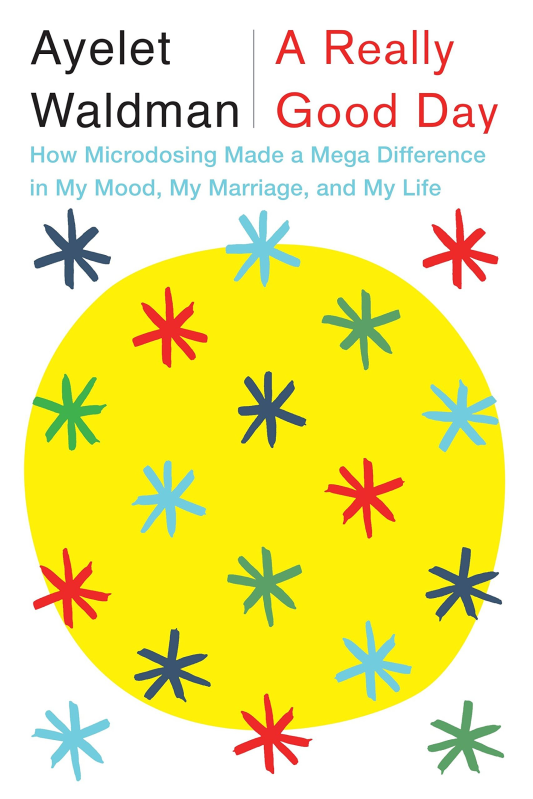 I read this as a follow up to Michael Pollan’s How to Change Your Mind.  It covers a lot of the same gound, though Ayelet Waldman comes at if from a diferent place.  Pollan has an emersive journalistic and perhaps a “betterment of well people” perespective. Which is perfectly vaild.  Waldman, in the presentation I will post below, says that her book is “about microdosing.  It’s a book about the history of psychodelics.  It’s a book about the criminal justice system, and its a memoire about my own struggles with mental illness, my marriage my children.”

My big take away from A Really Good Day. is twofold. First, if what you know about drugs and drug abuse comes from casual media consumption you are porbably horribly worng about everything you hold to be true  Second, whatever harm you think the “war on drugs” has done to American culture — it’s far, far, worse. 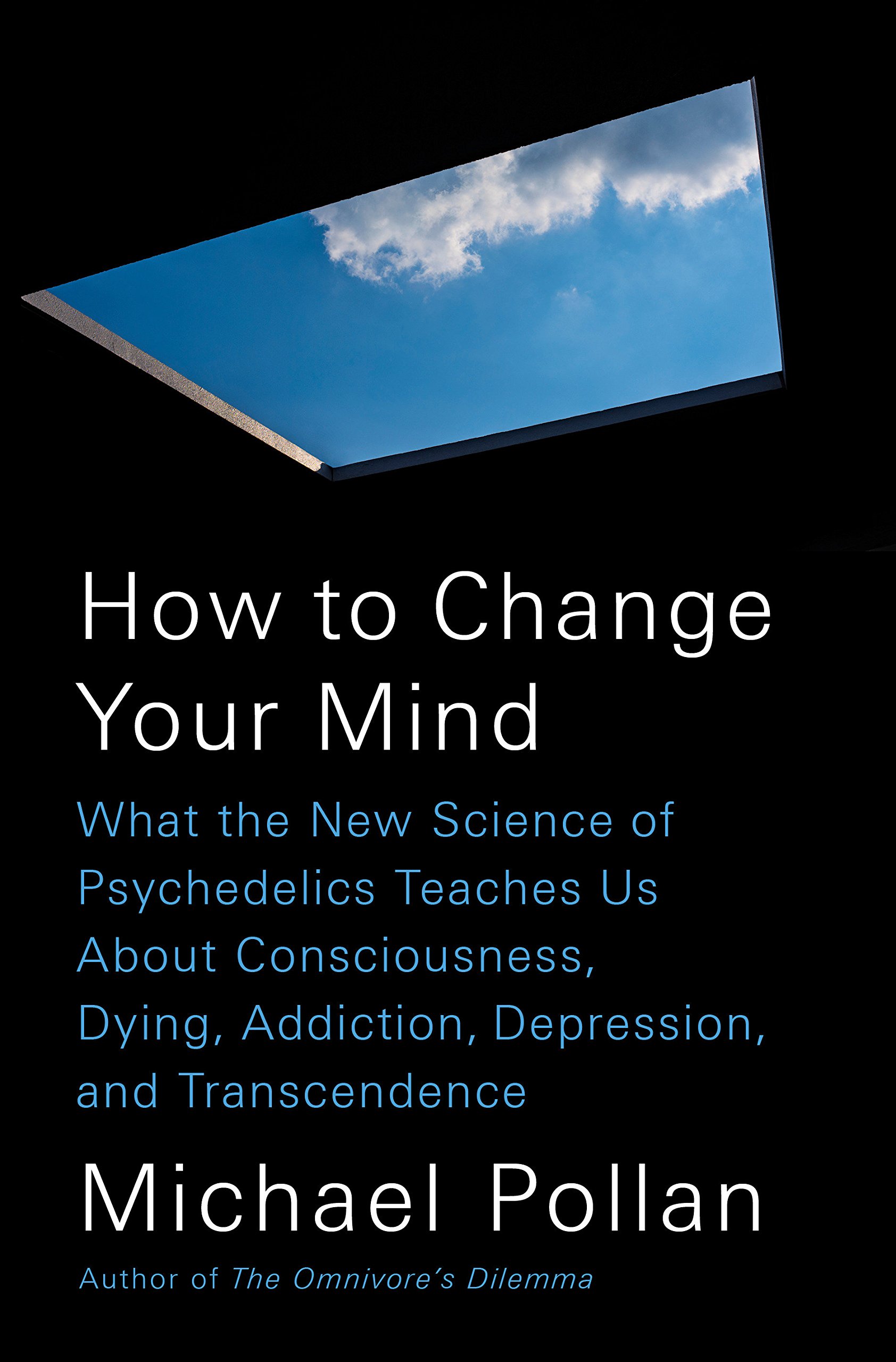 Some see this as a huge departure for  Michael Pollan, I see it as a natural evolution of his work.  I’ll let him explain.

In discussing my reading through Michale Pollan’s oeuvre I have often commented on my appreciation for his four-part structure.  I am happy to say that he has returned to this structure for Cooked.  I must admit though it left me unsatiated.  You know what I learned most listening to this book?  Listening to someone talk about food and cooling for hours on end makes you hungry.

Each of the four sections this book is dedicated to one of the four elements Fire, Water, Air, and Earth and how these elements are used to “cook” food.  In the first section, Pollan discusses the culture and process of using fire to transform a dead hog into BBQ.  I rarely eat anything “meaty” and pork is pretty much an abstract concept so the first section while sounding tasty did not make me hungry.  But every other section did.

Section two (water) is on pot cookery, casseroles and braises, you can cook a lot of yummy vegetarian things in a pot.  Plus all that talk of chopping and cooking yummy vegetarian things tends to get my mind going. Suddenly I am in a much nicer kitchen than I have, making something yummy and all clean up will be taken care of when my hunger-inducing daydream ends.  That is not the case in reality. That is not the case in reality.

Section three (air) is about bread.  I love bread!  Really, who doesn’t love bread?  Even people with celiac love bread.  He makes bread sound so good!  Celiac runs in my family and I am probably ever so slightly “on the spectrum” if that’s a thing that I have pretty much taken it out of my diet.  So for me, this section was like being an addict and walking into some den of inequity — where your drug of choice was all you can eat free of charge.  I was seriously contemplating starting to make my own sourdough bread until Pollan woke me from this delirium with the words “white bread.”  He spends page after page reminding me of all the ways I LOVE to eat bread before he reminds me this is basically POISON.   I will say that this section also convinced me of the importance of a little — just a little — locally made whole grain bread in my diet.  What about the Celiac issue?  As he says, it seems to be less of an issue with me with whole grain bread.

Which brings us to the fourth section (earth) about fermentation. Pollan actually ends up making beer.  I have a sense of coming full circle here because I am only slightly more likely to drink beer than eat pork.  I will drink a little beer, usually a sip for taste and more rarely a bottle, or part thereof, to be social.  I used to love beer.  But one day I realized that my family’s tendency for Celiac trumped my love of beer.  Leading up to his decision to ferment beer Pollan talks reasonably in depth about the importance of eating fermented food.  Was it enticing?    Well, presently I am trying to figure out how to make sauerkraut.  I’ll let you know how that goes.

This book will make you hungry.

In case, for whatever reason, you are just reading this one post I feel the need to give you some context. Michael Pollan has a new book coming out, a book I am still getting to at some future date. In preparation for reading this, I thought it might be a good idea for me to read some of his previous work. I started with The Botany of Desire, and next read The Omnivores Dilemma. I thought I recognized a pattern that really​ interested​ me, so I went back and started reading his books in order from the beginning​.

As is now Pollan’s norm In Defense of Food is broken into four parts. Previously, in Botany of Desire, and The Omnivores​ Dilemma​ each new part builds narratively on its predecessor​. In Defense of Food uses these parts more as thesis, ​antithesis, ​synthesis​ and now how do we apply this knowledge. (pssst! You eat food, not too much, mostly plants. That is not a spoiler it is on the cover.)

I very much enjoyed this book. I suspect it may have a lasting​ impact on​ how I eat. Only time​ and probably me at a future date​ will tell how that story ends. Do you sense a “but” coming​? There’s a “but” coming​. The first section was hard for me to get through. But, see what I did there, that’s because In Defense of Food has a different agenda.

One of the things I love most about Pollan’s storytelling is his voice. He’s like that smart but totally not pretentious friend​ you have ​who you regard​ as an expert on a certain​ subject. You regard your friend​ as super credible​ because they know what they know and what the don’t. For example​, your friend Michale will totally share candidly with you how he got curious about the “natural” history of the Apple in America. He will tell you everything you learned and how he learned it. You’ll know what he knows​ for certain​, what he’s uncertain​ about, even what he’d like to believe but there is no way prove. What’s​ not to love.

That voice is largely​ missing in the first part. I want to semi-jokingly suggest that it is replaced by Michael Pollan channeling his father the attorney.​ Attorney​ Michael has a case to prosecute​ against “nutritionism.” It’s a ​very strong case. ​I was convinced early on, but sadly​ I was not the target audience​. The target audience is that one perhaps​ overzealous​s​ juror​ who has deep taken to heart the words “reasonable​ doubt.” Attorney​ Michael’s job is not done until he has convinced “reasonable​ doubt juror.” Sigh, it’s a long trial.

But when​ the trial is over your friend Michael gradually becomes himself again. The rest of the book is much more in line with his normal voice and style. I was never able to really put the first section out of my head or heart for the rest of the book.

A Place of My Own, in which Michale Pollan builds a hut in the woods — deliberately. Huh?  This continues my belief that all of Pollan’s books are all parts of the larger  Pollan meta-narrative.  He starts by discussing the fact that this is his second book and second books are in some ways the hardest.   We end with the writing hut which becomes something of a character making cameos in future books, not unlike the actual members of his family.  Also, he has not yet hit on his four topic formula — which I quite like.

I really like that these first two books are staged on his property and are directly tied to his family and their home.  Additionally, I admire how he uses this intimate and domestic setting to explore the larger issues of gardening and architecture.

I am happy that I have gone back and started reading Pollan’s books from the beginning. I indented the pun because it is meaningful, all of the seeds of his future writing are in this book. This is where he starts writing books about nature and our cultural relationship with food and eventually the food industry.  We are introduced to his wife Judith and their home.  I believe key ingredients in Michael Pollan’s successful recipe for writing are the details of his biography and lived experience writing the book.  Traditional documentary films always pretend the camera crew is just some invisible omnipresent eye.  With Michael Pollan, we are always clear that there is a subject exploring an object.  In fact, the subject/object relationship is perhaps the real story.

As a first book, it is quite good but still rough around the edges compared to the later works.  He has not yet found his 4/4 rhythm which is a staple of his later books.  His literary voice is still developing and there are some rhetorical choices that seem off.  It’s a bit like listening to your favorite band just before they really find their sound.   But as I said all the seeds for his future work are here.  There is even a moment towards the end where he knows there is something missing in the garden.  It doesn’t look right.  He solves the problem in a different way than I had expected, but even this solution really sets the stage for his next book.

As you may know Peter Gabriel titled his first handful of solo albums just Peter Gabriel.  Later critics and fans would start to differentiate them names like Peter Gabriel/Car, Peter Gabriel/Scratch.  I’ve always felt that Peter Gabriel was being cheeky in his choice of titles but simply say here is some music I did, here’s some more.  In starting The Omnivores Dilemma it became quickly apparent to me that Michale Pollan is just telling one big long story.  It just happens to be broken up into books you can read as stand-alone pieces should you choose.  I choose not to.

I am choosing to go back and read the earlier books I have missed.  I want to read them in order and then pick back up with In Defense of Food.  I feel like I have stumbled onto this really great show, but it is already in its fifth season.  So I owe it to myself and the show to start from the beginning.