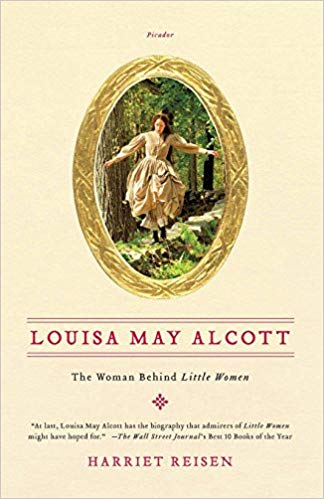 I felt the need to do one more book in my accidental chick-lit series.  Many of these books have been in all or part memoir.  And in that sense, they all owe a debt to the mighty LMA!   I love Louisa May Alcott.  Now some of you may be thinking that’s just because Winona Ryder played Jo March in Little Women.   Let’s just agree that it is only a factor and move on.  I love her because she is amazing, brilliant, passionate, prolific and a saint.  The woman is a freaking saint!  Fun fact, since their initial publication all of Louisa May Alcott’s juvenile fiction, the March books, has ever been out of print.   Walden was initially a failure.  Moby Dick was initially a failure.  Mark Twain only wrote Tom Sawyer after how well he saw how well Little Women sold.  All and this and you can learn from this book.